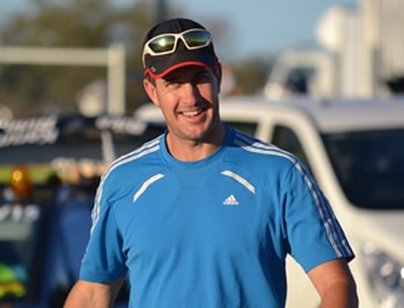 How it all Began
​
In 2005 Steve Corrie (now Director of Stair Challenge Australia) trekked the Kokoda Track in PNG and was inspired by what his group achieved in such a short period of time. Along with 9 others, the group raised over $100 000 in 4 months for the building of a new respite facility to assist persons with intellectual disabilities. The combination of 'assisting those in need' and a serious physical challenge was the catalyst for the events that Steve and his team operate around the country.

The year after completing Kokoda, Steve embarked on two more physical challenges that would pave the way for the business that would emerge in the years ahead. First it was a solo bike ride from Adelaide to Melbourne, following a similar path to that taken by his wife's grandfather in the 1940s. Later that same year, Steve travelled back to PNG taking with him 500kg of school supplies to be used by students at Efogi School on the Kokoda Track.
In 2009 the first mass participation event was being planned while Steve was still working full-time as a school teacher. The first event was the 2010 Adelaide Resolution Run and was held at Elder Park. Participants could choose from either a 4.5km or 7km course. Since this first event, Steve and his team have continued to provide a range of events including fun runs, bike rides, stair climbs and other sport related experiences.

Assisting Charities
In recent years more than $6.1 million has been raised for our charity partners through cycling, running, stair challenge and other community events held across Australia.